The applicants showed their dissatisfaction with the report. Senior Advocate Mr. Sanjay Parikh argued that the report is just an eyewash as it does not discuss the important dimensions of the project like cultural command area and several other features which are necessary for any irrigation dam project. He emphasized that the report is also highly inadequate in addressing the issues of Resettlement & Rehabilitation. He argued that the committee did not even visit the areas in Chhattisgarh and Jharkhand where R & R is yet to be decided and the survey work is yet to be completed. The committee visited only 1 village and submitted its observation. He also submitted that in lieu of completing the old work, the Irrigation Department is completing the whole project. He cited the example of ongoing construction of spillway which was not in existence when the judgment was passed in May, 2015.

The bench headed by Hon’ble Justice Swatanter Kumar asked for the presence of Principal Chief Conservator of Forests-Uttar Pradesh (chairman of the committee) in person before the bench on Monday 14th December, 2015.

A scanned copy of the full report can be downloaded from http://vindhyabachao.org/embeds/kanhar/Full_Report_NGT_Committee_Kanhar.pdf

Our Comments on the shortcomings in the report can be seen from http://vindhyabachao.org/activities/environment/271-short-review-of-the-report-submitted-by-ngt-constituted-committee-on-kanhar-dam

The proceedings of the National Green Tribunal  can be accessed from http://vindhyabachao.org/kanhar/ 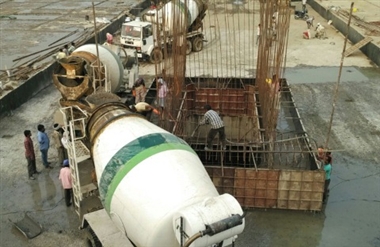