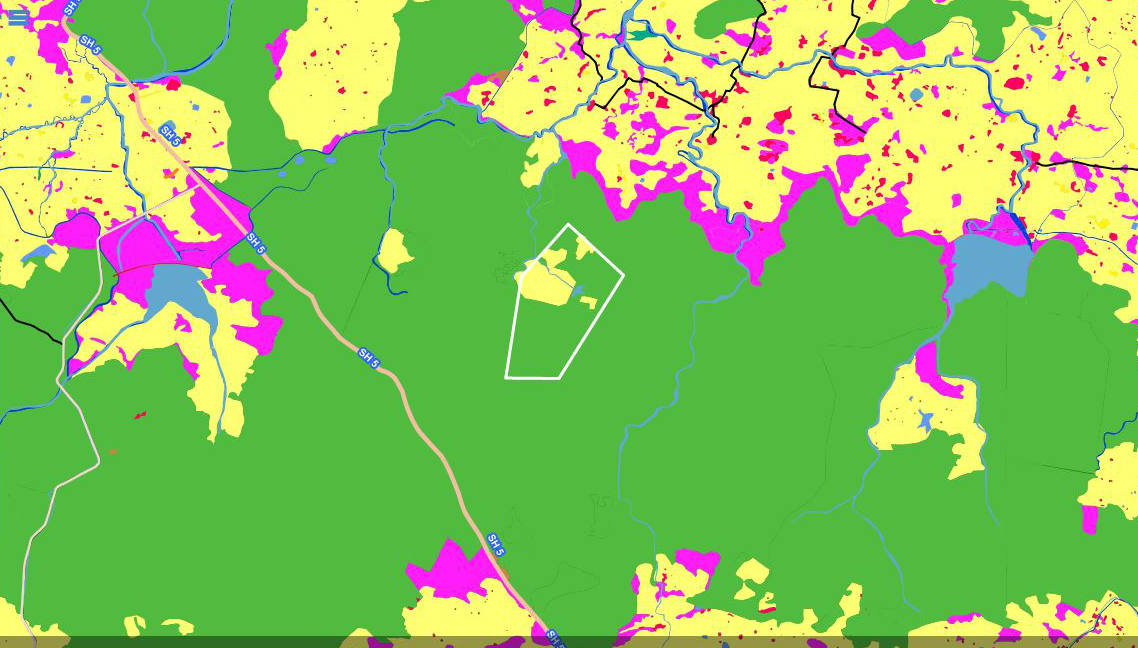 Photo: Bhuvan LULC map showing the landscape in and around the project site (white polygon)

In a letter sent to Principal Chief Conservator of Forests-U.P. Forest Dept. and a copy of which was also sent to Addl-PCCF-Central Zone MOEFCC, CCF-Mirzapur and ADGF, MOEFCC, Debadityo Sinha of Vindhya Bachao Abhiyan informed the departments how the project proponent Welspun Energy (U.P.) Pvt. Ltd is misleadeing the authority by applying Forest Clearance for its components in parts. He stated that the involvement of forests for components like railway corridor and transmission are concealed from the Forest Clearance proposal. The letter also says that the application for Forest Clearance was submitted by Welspun Energy much later they got Environmental Clearance, while the law requires them to apply for it prior. The Form 1 of the project, based on which the environmental appraisal has been done even says there is no involvement of forest land. 'They have deliberately taken this route to create a fait accompli situation to get the project pass quickly through the appraisal process involved in Environmental Clearance and Forest Clearance, he added.

Debadityo Sinha alongwith two others challenged the Environmental Clearance of this project which proposes 1320 MW imported coal based thermal power project in village Dadri Khurd, Mirzapur in 2014. The matter was reserved for judgment in National Green Tribunal on 5th April, 2016.

Click Here to view/download the representation sent by Vindhya Bachao