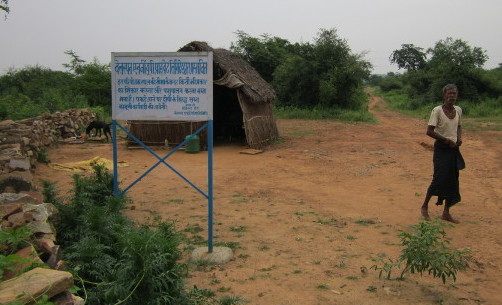 The order granting environmental clearance of 21st August, 2014 was challenged by the members of Vindhya Bachao, Debadityo Sinha, Shiva Kumar Upadhyaya and Mukesh Kumar and was argued by Advocate Parul Gupta.

Justice U.D. Salvi and Expert Member Ranjan Chatterji presided over the bench which pronounced the judgment on 21st December, 2016 which was uploaded on NGT website on evening of 22nd December, 2016.

Ministry of Environment & Forests through repeated representations much before the Expert Appraisal Committee of the Ministry recommended the project for Environmental Clearance.

VBA has raised serious allegations against the project proponent over concealment of factual data & providing false information in EIA report, unlawful conduct of Public Hearing and substantially overlooking the mandatory procedures of EIA Notification, 2006 which was ignored by Ministry of Environment & Forests and other state agencies. VBA also submitted documents to support that the project involves a significant forest area and is important habitat of several Scheduled I animals including Sloth Bear, Leopard, Chinkara, Blackbuck etc. the information which was deliberately suppressed right from the beginning by the project proponent till preparation of final EIA report. Concerns were also raised by Registrar and students of Banaras Hindu University’s Mirzapur campus which is located just 7.5 km from the project site and demanded the government to shift the project location citing serious environmental concerns including the impacts on drinking water source of the campus.

NGT in its judgment has given the following important observations:

“NGT has specifically pointed out the necessity of furnishing true, correct and complete information by project proponents for obtaining Environment Clearance and has also questioned the conduct of the Regulatory Authority which has to ensure fair, free and transparent appraisal of the EC applications”, said Advocate Parul Gupta, who argued the matter.

“We are very happy with the judgment, but it is also highly unfortunate that in all such cases legal battle is fought against the same regulatory authority which is morally and legally obliged to be the saviour of the environment. The judgment draws a very big question on the credibility of the functioning of Ministry of Environment & Forests which has now become a rubber stamp authority”, said Debadityo Sinha, of Vindhya Bachao Abhiyan and the petitioner in the case.

“The site selection for this project has been completely wrong since the beginning and the manner in which the permissions were granted to this project was itself highly controversial. No one agreed to listen to our concerns and therefore we had to knock the doors of court. We welcome the judgment of the Tribunal.”, said Shiva Kumar Upadhyaya, a senior journalist and member of Vindhya Bachao Abhiyan who was also co-petitioner in the matter.

“We are happy that the biodiversity and the environment of this area will be preserved. The decision to ask the project company to restore the area is worth appreciating”, said Mukesh Kumar, who represented students of Banaras Hindu University as co-petitioner.

For copy of judgment, photographs, documents, reports and previous orders go to www.vindhyabachao.org/welspun