Tiger spotted in Marihan range of Mirzapur, trying to besiege it 2 men got injured 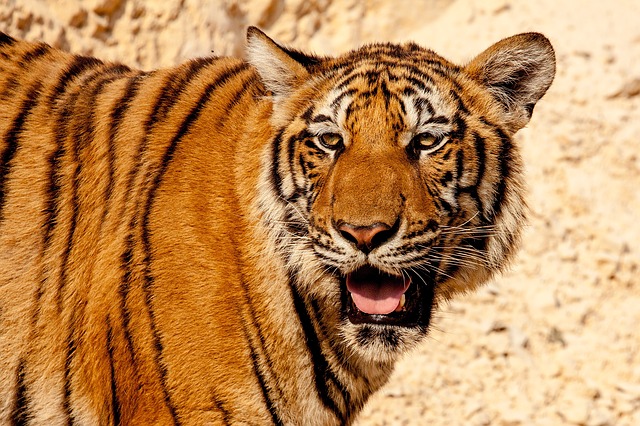 A tiger has been spotted in fields around Marihan forests of Mirzapur (Uttar Pradesh) on 17th March, 2017. After noticing the tiger, some villagers gathered and tried to besiege it with sticks and rods. Finding no way to escape, the animal attacked the villagers and disappeared in the nearby agricultural field. Two men named Sewalal (65) and Dheeraj (19) got injured. The incident took place in Shishta Khurd village, Mahuari in Marihan forest range. According to reports, the forest ranger has confirmed the animal as tiger. The news is carried out in all major newspapers like Times of India, Amar Ujala, Dainik Bhaskar, Dainik Jagran etc. A team of experts (with tranquilizer) from Kanpur is called-in by the forest department to help search the animal.

Marihan forest range is known for animals like Leopard, Sloth Bears, Mugger Crocodile, Chinkara, Blackbuck and other animals. Forests of Mirzapur has been known for tigers which is evident from a book 'In the Districts of the Raj' written by Y.D. Gundevia (District Collector of Mirzapur in last decade of British rule in India) where he said:

"Jim Corbett had shot all his man-eaters in Nainital. But I am sure there must have been more tigers in an around Mirzapur than in all the tarai districts put together"

Vindhyan Ecology and Natual History Foundation in partnership with Wildlife Fund for Nature (WWF)-India has carried out a detailed study last year on sloth bears in Mirzapur, during which tigers has been reported in few forest ranges of Mirzapur. Given the landscape, forest type and presence of other wild animals, there is a possibility that there may be few surviving tiger population in these forests. Given the frequent reporting of man-animal conflict in the Mirzapur forest division, it is a high time that the wildlife habitats are given complete protection.

(image: for representation only)