A pair of Chitals chased, attacked by feral dogs; seriously injured, one dies 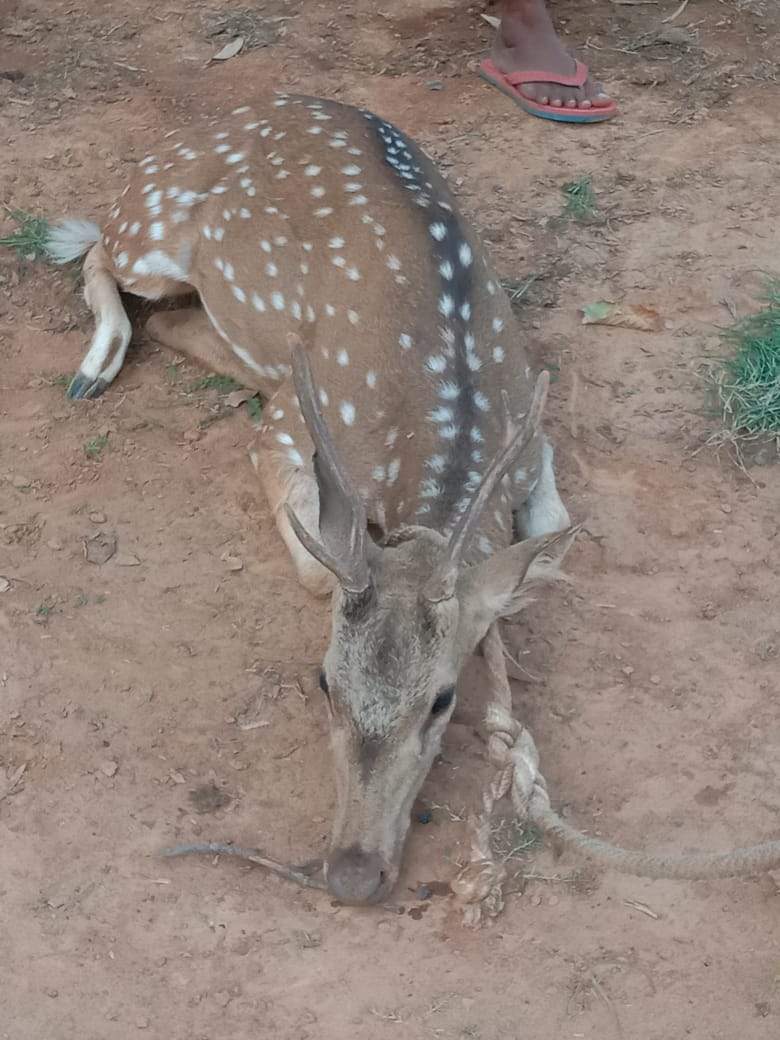 One of the Chital rescued from the clutches of feral dogs (Photo: Santosh Giri/Vindhya Bachao)

A pair of spotted deers also known as chital deer (Scientific Name Axis axis) strayed from the Marihan forest range were chased by feral dogs in Matihani village. Villagers informed the Police Response Vehicle 112 and forest department after rescuing them from the clutches of dogs. Both the spotted deers were seriously injured however one of them didn’t survive the injuries and died before the arrival of the forest department team. The other chital was carried to the forest range office where Veterinary medical officer has started the treatment.

According to villagers, in the early morning of Tuesday two-spotted deers strayed from the nearby forest were roaming freely in the village, were later chased and attacked by dogs. They tried to rescue them but until then both chitals suffered serious injuries. Forest department team reached the site after four hours of contact. The chital could have been saved if the team would reach on time and provided proper medical attention. Saddened for being unable to save the chital which later died, villagers recalled that it is the first time any chital has been spotted in their village.

The forest Range officer Pradeep Kumar Mishra stated that Chital is present in abundance in this forest range and can be spotted very easily. The department is making every efforts to save the other chital injured by the attack of feral dogs.