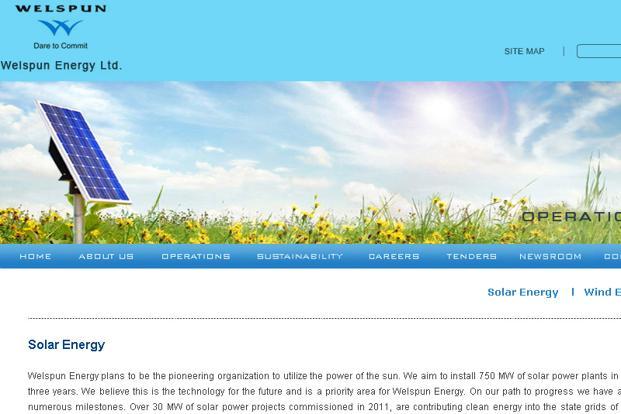 National Green Tribunal says the videography of environment clearance process had shown presence of gun-toting men, which reflected that the meet was not conducted in a free and fair manner.

The tribunal restrained project proponent Welspun Energy (UP) Pvt. Ltd from carrying out any development work at the project site and directed it to restore the area, a fertile agricultural land surrounded by a reserved forest, to its original condition. It said the videography of the public hearing organized for the grant of environment clearance had shown the presence of gun-toting men among the people attending it, which reflected that the meet was not conducted in a free and fair manner.

“The entire process of consideration and appraisal of the proposal to grant environment clearance is found tainted so as to render it less credit worthy than the one expected by law, and as such makes it even more difficult to suggest safeguards in order to render the project a sustainable one... In our opinion, it is advisable to go through the entire process of environment clearance afresh before green signal is given to the project. We, therefore, allow this appeal and set aside the Environment Clearance dated August 21, 2014,” a bench headed by Justice U.D. Salvi said.

The NGT said the Environment Clearance Regulations, 2006, lay down a chain of “interconnected” processes to make a complete mechanism required to assess the potential impact of the project on the environment. “Every piece of information/data furnished and/or collected at every stage of the process is expected to be wholesome, free from any twist or turn, in order to truly aid the correct appraisal of the potential impact of the project,” it said.

The judgement was passed on a plea filed by environmental activists Debadityo Sinha, Shiv Kumar Upadhyay and Mukesh Kumar who had alleged that Welspun Energy had suppressed facts to obtain environment clearance and there have been violations of the provisions of the 2006 notification.

Finding fault with public consultation conducted for grant of environment clearance, the bench noted that the videography had revealed the presence of gun-toting men among those attending the meet. “Arms like guns are bound to strike fear in the hearts of men around and dominate their free will. It is, therefore, difficult to call this public hearing as a free and fairly conducted public hearing,” said the bench, which included expert member Ranjan Chatterjee.

The bench also agreed with the contention that withdrawal of massive quantity of water from the Upper Khajuri Dam and Ganga through a pipeline would affect the ecological flow of Ganga and severely affect the Gangetic Biodiversity including Gangetic dolphins found in Mirzapur stretch.