They said it! | India Water Portal

During a dismal year that spelt doom for the conservation of the country’s natural resources, some politicians made headlines with their bizarre ideas and statements. Here’s a roundup. 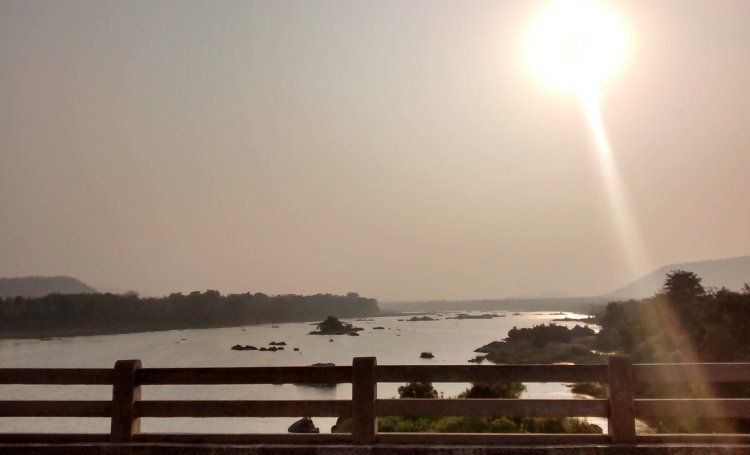 The year 2016 was an abysmal year in terms of environmental policy and conservation in India. At India Water Portal, we have already spoken of the major policy changes of 2016, analysed both India's largest river conservation programme and the government's flagship river-linking plan. But there are many more initiatives worth talking about. Any initiative, however, is only as good as the people managing it. And so here we talk about the four people in the country who made the news for their water-related actions.

Nitin Gadkari proposed the National Waterways Bill of 2016, with the aim of making 101 rivers in the country navigable. The passing of this Bill and the formation of the National Waterways Act was applauded by the Institute for Defence Studies and Analyses that supported Gadkari's claim that water transport is more environment-friendly and cheaper than road transport. But the experts in the field do not agree with this.

Debaadityo Sinha, head of the Vindhya Bachao Andolan, an organisation working on environmental issues in the Vindhya mountains, in a persuasive article, listed the catastrophe that the maintenance of a navigable channel--with the associated dredging and construction of barrages to facilitate it--will have on the ecology of the rivers. For the Ganga alone, he lists the impacts as increased vulnerability of the rivers' dolphins, turtles and crocodiles, the probable disappearance of the Sunderbans' islands, and the decrease in fish population. Not just activists like him, even the Wildlife Institute of India has said categorically that modification of the river, as well as increased traffic,will sound the death knell for many species. It is very rarely that the government bodies commit to such a strongly-worded statement. When they do, it is wise to listen to them.

There are also claims that river transport will reduce the cost of moving cargo. A recent bid by the National Thermal Power Corporation, for river transport of cargo on the Ganga, however, had absolutely no takers, which could be an indication that transport companies do not consider river transport to be cheap.

In June 2016, minister of water resources Uma Bharti delivered a strongly-worded address in which she labelled those opposing the Ken-Betwa link “anti-national”. She told reporters, “I consider causing delay to the project as a national crime. I am not saying it’s treason, but it indeed is a national crime.” It is during this meeting that she also said, “If the project is delayed further, at the next expert committee meeting, I will personally go on a hunger strike.”

The Ken-Betwa link is being strongly opposed by environmentalists and villagers. And for a good reason. Among the many environmental reasons that make the interlinking of rivers a bad idea, the most important one perhaps is the diversion of 4,000 ha of the Panna Tiger Reserve. For a considerable time, the link could not get the go-ahead from the Ministry of Environment and Forests now headed by Anil Dave. In August 2016, a meeting chaired by Dave passed the Ken-Betwa link. While Dave has always been a proponent of the link, it is very likely that the Ministry of Environment and Forests and the National Wildlife Board were pressured by Bharti's unconstitutional arm-twisting of the issue. Why do we call a time-honoured “satyagraha” unconstitutional? Because the man who wrote the Constitution had termed such methods the “grammar of anarchy" in a parliamentary debate on that document.

Uma Bharti's success at pressuring the wildlife board to sacrifice the reserve to prevent her fast has had an unexpected fallout--she's now made a habit of it. In September, she offered to go on a hunger strike if Tamil Nadu and Karnataka did not resolve the Cauvery dispute.

World Culture Festival did no damage to the Yamuna floodplains

In March 2016, the Art of Living commemorated its 35th anniversary with a cultural festival--World Culture Festival--on the Yamuna floodplains in Delhi’s Mayur Vihar. The cultural extravaganza may have pleased many followers of Sri Sri Ravi Shankar but it was done at the cost of the Yamuna floodplains that has been completely damaged by it. Choosing an ecologically-sensitive venue has landed the foundation in such trouble that it has now hired a "crisis communications" agency--New York-based Hill+Knowlton Strategies--to salvage its image.

Without a green clearance, Yamuna floodplains were chosen for the AOL’s festival. The decision was questioned by the environmentalists who brought it to the notice of the National Green Tribunal. Considering the damages done to the floodplains for the event’s preparation, the tribunal asked the foundation to pay an environmental compensation of Rs 5 crore before the event. The AOL’s founder Sri Sri Ravi Shankar not only denied the claims of damage done to the floodplains but also refused to pay the compensation and was ready to go to jail in return. However, he was neither sent to jail nor did the organisation pay the full compensation. By paying just Rs 25 lakh and promising to pay the rest of the amount post the event, the foundation continued with the festival. In her article on the event, singer Shubha Mudgal wrote, “One is left wondering, especially in the context of the WCF 2016, whether the possible destruction of the Yamuna floodplain isn’t too big a price to pay for merely playing a pre-recorded track, albeit with 1,000 singers acting as if they are actually singing.”

Although the compensation of Rs 5 crore has been paid but the expert panel has reported that the World Culture Festival has done irreversible damage to the fragile ecology of the Yamuna floodplains and that the entire floodplain area was used for the main event site and the ground was now levelled, compacted and hardened, totally devoid of water bodies, depressions as well as any vegetation. Even this report was trashed by AOL, which further claimed that the report is biased and unscientific and to top it all, it even stated that no wetland ever existed on the Yamuna floodplain and no clearance is required for carrying out social or religious events on floodplains.

Damn Farakka for it is causing floods!

In August, Bihar witnessed a massive flood that affected 33.3 lakh people across 12 districts in the state. The state’s chief minister Nitish Kumar blamed Farakka barrage in West Bengal for the floods and suggested that prime minister Narendra Modi consider dismantling it. The environment experts too agreed to this suggestion as heavy siltation of about 20 lakh tonnes in the lower reaches of the barrage has been causing the flood. However, dismantling the barrage would be disadvantageous for West Bengal for which the barrage is a chief source of water supply, a lifeline for the thickly populated, politically and culturally influential southern Bengal which includes the city of Kolkata.

Farakka had been a contentious dam since the very beginning. It was constructed to remove the silt of Hooghly river by flushing the Ganga river water into it but the Ganga got silted in the process. During that time, Farakka was proposed by the West Bengal government. The chief engineer of the government of Bengal, Kapil Bhattacharya opposed the proposal and predicted the troubles the barrage would bring with it, only to be accused of being "anti-nationalist" and a Pakistani spy. But all his predictions of barrage causing floods and the Ganga river siltation stand true today. Unfortunately, this pattern of branding anyone who questions the government’s unscientific plans "anti-development" or "anti-national" continues even today.

A huge amount of money was spent to construct Farakka and now dismantling it would cost even more. The issue might also lead to another inter-state water dispute. However, considering Farakka’s failure, it seems that the government has not yet learnt from its past mistakes and is again set to repeat history by interlinking the country’s rivers.