Every year, an average of 50 elephants are killed in India by electrocution, according to official data. These pachyderms meet their end as they stumble upon ill-maintained power lines and the electrical infrastructure passing through their forest abodes.

To prevent the death of elephants and other wildlife from electrocution, the expert wildlife panel of India’s environment ministry has called for developing a nationwide strategy for long-term planning of electricity grid networks.

The panel recommended measures like burying transmission lines underground, setting up reinforced electric poles fitted with spikes to prevent elephants from rubbing against them, lifting sagging overhead power lines and dismantling of defunct solar-powered fences to protect the animals from coming in contact with these potential sources of electrocution.

The decision was taken in the July 18, 2019 meeting of the standing committee of the National Board for Wildlife (NBWL) led by India’s Minister for Environment, Forest and Climate Change Prakash Javadekar.

If implemented as planned, the decision could save hundreds of animals in India that die each year due to electrocution. Statistics show that elephants and tigers are primarily at the receiving end. Since 2009, around 50 elephants are killed by electrocution, annually.

The decision was a result of the recommendations made by an expert committee which was formed earlier this year as a result of a Supreme Court directive and following actions to reduce human-animal conflict and animal deaths due to infrastructure. 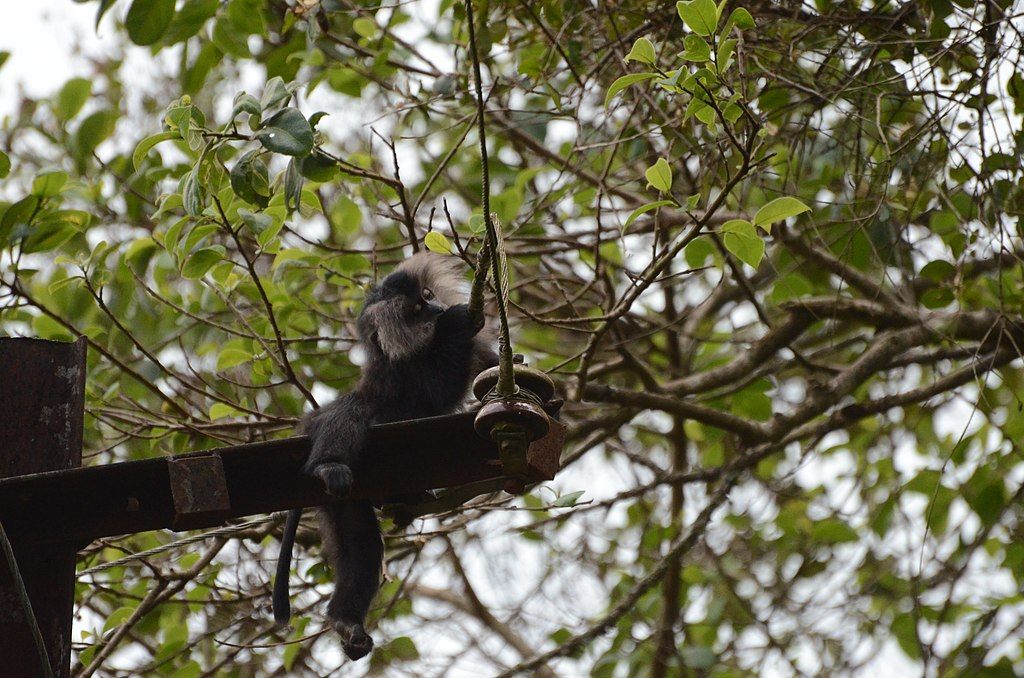 Every year hundreds of animals in India die due to electrocution. Photo: P. Jeganathan/Mongabay.

One of the outcomes of the recommendations was the creation of a task force, which included union environment ministry representatives, Power Grid Corporation, Central Electricity Authority and wildlife experts, to suggest eco-friendly measures for mitigating the impact of power transmission lines and infrastructure on elephants and other wildlife, which would be passed on to state governments and state electricity boards (SEBs) for planning future transmission lines.

Sandeep Kumar Tiwari of the International Union for Conservation of Nature Asian Elephant Specialist Group (AsESG) stressed that implementation of such guidelines is the key.

“I am glad that the NBWL has finally come up with guidelines on this but the most important challenge is implementation, especially in protected areas where it (power infrastructure) already exists; for new lines it fine,” Tiwari told Mongabay-India. “Similar guidelines by a task force in Odisha, a few years ago, came up with excellent recommendations, which, if implemented in time, would have saved many elephants from electrocution. We know what needs to be done but implementation is a concern and hope it is taken up on priority,” he said.

India has a network of 869 protected areas covering an area of 165,158.54 kilometres square which is estimated to be 5.02% of country’s total geographic area. The protected area network includes national parks, wildlife sanctuaries, conservation reserves and community reserves.

The task force also laid out guidelines for scheduled joint inspection by the electricity department and forest department of transmission and distribution lines passing through and near protected areas. Further, it added in a recommendation for the forest department to report electrical accidents in and around forest areas involving humans and animals, to the power supplier in the area.

Debadityo Sinha, a wildlife conservationist and the managing Trustee of Vindhyan Ecology and Natural History Foundation, said the guidelines are the first step towards acknowledging the harmful effects of the transmission lines on wildlife.

“Insulating the existing lines on priority is a welcome step. However, to actually achieve the desired objective, there should be a granular plan for each protected area as they are present across different biogeographic zones with varied landscapes and wildlife diversity. Even within a particular protected area, different wildlife species will have a different topographical preference,” Sinha told Mongabay-India.

In addition to regular maintenance and reporting, the task force also recommended that distribution companies use ABC (aerial bunched cables) or underground cables for power transmission lines running through protected areas and ecosensitive zones. Aerial cables were advised in aquatic and marine areas while underground cables were suggested for transmission lines of 33 kV (kilovolt) and below.

“A nationwide strategy should be developed and supported to undertake the long-term planning of electricity grid networks as a priority. Planning should include the use of state-of-the-art wildlife protection equipment, and burying low to medium-voltage transmission lines below ground where feasible. Burying transmission lines effectively removes the problem of wildlife electrocution.” 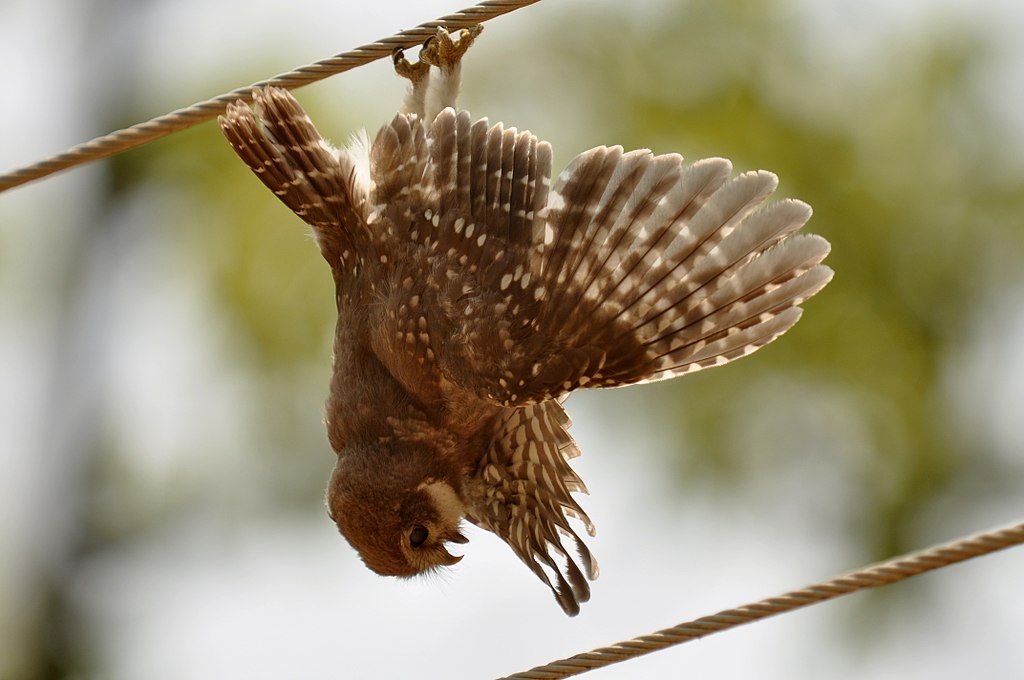 Recently, the government had also come out with measures to protect birds from electrocution from transmission lines. Photo: T. R. Shankar Raman/Mongabay

Debadityo Sinha stressed that protected areas are created so that there is minimal disturbance to the wilderness of an area and that should be the primary objective. He added that going forward, India needs a legally binding mandate to prevent disturbance of wildlife areas by new transmission lines, wherever it can be avoided.

“There should be scientific deliberation on the future impact of transmission lines on the ecosystem, identifying alternate routes, mitigation techniques, duration and manner of carrying out construction and maintenance activities, before giving a go ahead, so that there is least possible disturbance to wildlife. As pointed out by the NBWL’s Standing Committee, environmental impact assessments have the potential of ensuring transmission lines are appropriately routed and designed. So, the environment ministry must bring power transmission lines under the ambit of EIA Notification 2006,” said Sinha.

The Indian government’s ministry of new and renewable energy in February 2019 came out with an order asking power transmission line agencies and wind energy farm developers to identify critical power transmission lines and wind energy firms passing through the Great Indian Bustard (GIB) habitats in Rajasthan and Gujarat and take up risk mitigation measures against bird hits like putting up bird diverters on the conductors, painting of vane tips of the wind turbines.

This was as a result of a March 2018 meeting, where the expert forest panel of the central government’s environment ministry had discussed the need for guidelines to protect birds from being electrocuted by power lines, one of the major causes of unnatural deaths for estimated millions of birds annually in India.

The expert forest panel had recommended that directions be issued by the environment ministry to all wind energy generation companies and transmission grid companies to follow the standard mitigation measures whether the project involves forest land or not.

This article was originally published on Mongabay India.